Frida Kahlo is the Icon of self-portraits. Her real name was Magdalena Carmen Frida Kahlo y Calderón and she was born on July 6th, 1907. She was a Mexican painter who was very popular by her art which was typically inspired by nature. Frida Kahlo’s style was the naïve fork art that explored questions of identity, class, gender, postcolonialism, and race in the Mexican society. Her paintings mixed reality with fantasy and strong autobiographical elements. She spent most of her life at La Casa Azul which was her family home. Kahlo had a hard childhood because she was disabled after contracting polio. Again she suffered a bus accident when she joined medical school forcing her to return back to her childhood career. Let us look at some interesting facts about Frida.

1. She wanted to be a doctor

Frida Kahlo’s primary dream was to become a doctor. Even though she was a very talented painter, her dream was something different. Her father’s name was Wilhelm and he was a German photographer. Wilhelm married a Spanish woman Matilde who was a very religious lady. Frida was very close to her parents, especially her father since she helped him out in his studio. This is where she got her taste in arts and she started crafting self-portraits. But later she would become fascinated by science and she tried real hard to be a doctor. She even joined medical school but this dream was short-lived by an accident 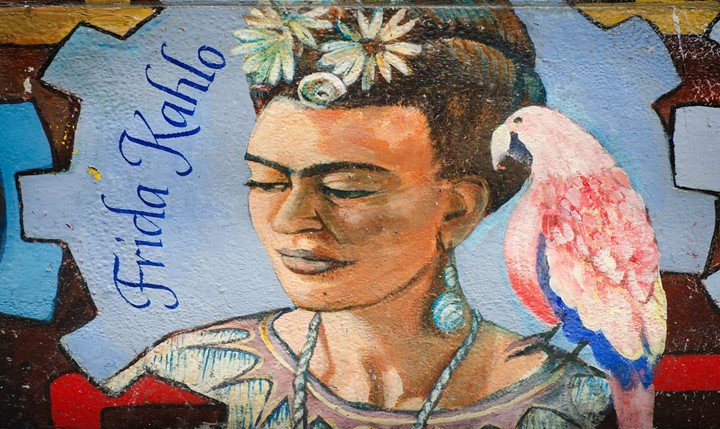 After relinquishing her ambitions to become a doctor, Frida embarked on her salvation career which was arts. After the bus accident, her life could never be the same again. Her parents gifted her with a custom made easel in an effort to help her daughter cope with the accident. The custom made easel was easy to use while she lied down hence helping her protect her fragile spine. Nearly 40% of all her art she expresses her suffering. Indeed she had reserved a special place for self-portraits in her heart.

3. She was politically engaged

As her health improved gradually in 1928, Frida joined the Mexican communist party. During this time, politics in Mexico were very unstable so Frida Kahlo wanted to make her own contribution. She offered political asylum to Leon Trotsky who was a revolutionary communist. Her main objective was focused on improving the lives of Mexican women.

4. Frida was jailed for murder

Kahlo was jailed for two days alongside her sister for Trotsky murder. However, they were released because all the evidence pointed to another man who was captured too. Trotsky was a former soviet leader and he belonged to the same communist party together with Frida Kahlo and her husband Diego Rivera. 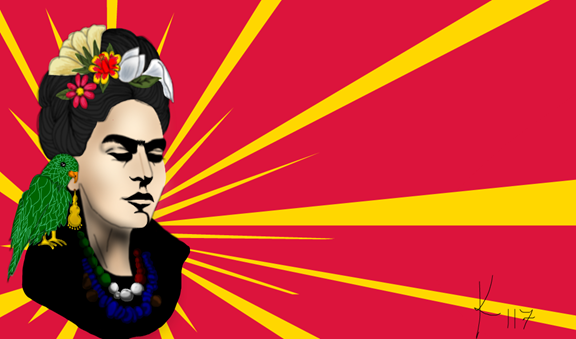 Some people see Frida Kahlo as a neglected, handicapped, or unattractive woman. But what they don’t know is that she was talented, beautiful, and very stylistic. Besides that, she was a beauty icon, a leader, a muse, and a model. She is also an inspiration for many artists in the 21st century. In fact, she designed her hairstyle most of the time. She also adorned it with flowers, ribbons, and strands of wool.