Egypt is a country found in the northeast part of Africa neighboring Middle East. The Mediterranean country is bordered by Israel and Palestine to the northeast, the Red Sea and Gulf of Aqaba to the east, Libya borders to the west and Sudan south. The official language of Egypt is Arabic and the official religion is Islam.it is the most populated country in northern Africa with more than 100million inhabitants. Also, it is the third most populated in Africa after Nigeria and Ethiopia and thirteenth globally. Egypt is one of the countries with the longest histories that trace back 6th millennia BCE. Let us see the top 5 interesting facts about Egypt.

Great pyramids are populous ancient structures. These pyramids were built during the old kingdom as tombs for pharaoh and consorts. The earliest pyramids are located at Saqqara and date back to the 1st period. Largest structures and famous pyramids are found at Giza, outside Cairo. The largest Egyptian pyramid is called the pyramid of Khufu. It is ranked among the seven wonders of the old world that still exists. Most people believe that slaves were responsible for building the structures. However, that is not the case seeing that paid laborers took part in building. e

Aswan dam is an embankment built across the River Nile from 1960 to 1970.before the development, floods from the Nile brought water, natural minerals, and nutrients. For this reason, it enriched fertile soils on delta and flood plain. The construction of the dam became a major objective since the government wanted to control flooding, generate power, and increase water storage. This is the largest dam ever built in world history. The high dam has led to a significant change in Egypt’s economy and culture.

3. Egypt has the largest city in Africa 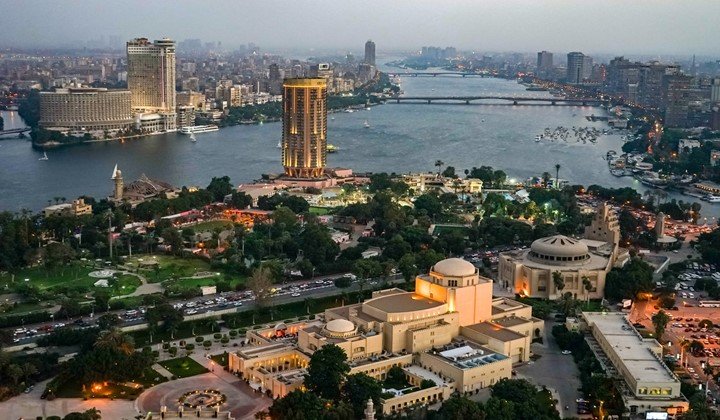 It is located near the Nile delta and founded during 969AD. Cairo is the largest city in Africa, Middle East countries, and the 15th largest globally. The total population is about 22 million people and 500 square km. The city is linked to ancient Egypt as it has the famous pyramids of Giza and Memphis, ancient city. According to GaWC, Cairo is ranked as a world city. Moreover, it has the largest and oldest film industries in the Arab world. Additionally, AL-Azhar university is the second oldest higher learning institution found in the city.

4. Football is a popular sport

Every country has its favorite sports including basketball, rugby, and football. The populous sport in Egypt is football and has even produced world-class players. For instance, Mohamed Salah is a Liverpool football player from Egypt. He is considered as one of the best footballers in the world with his dribbling and finishing speed. Besides, Egypt has two rival teams that share a similar stadium. These teams are Zamalek SC and Al Ahly SC, and both play at Cairo international stadium.

5. Each city had favorite gods

Ancient Egyptians worshipped gods and goddesses. Deities represented phenomena, natural forces, and the economy. Egyptians continued offering rituals and sacrifices to appease their gods. It was believed that sacrifices make the deities to function according to divine order. Each city in Egypt had its favorite god.