Saskatchewan was once a part of the Northwest Territories before getting separated into an independent province in 1905. Interestingly, it is the only province in Canada that has artificial borders. The largest city here is Saskatoon but the capital is Regina. The name Saskatchewan is drawn from a River which means free-flowing in Cree. Additionally, it has an estimated area of 251, 700 square miles. Around 10 percent of its total area is covered by freshwater. Interestingly, it has over 100,000 lakes, reservoirs, and rivers. Besides, the province is bordered by Alberta, Northwest Territories, Nunavut and two states of the US which are North Dakota and Montana.

1. World’s longest bridge over a short mass of water

Regina is the place to find the longest bridge covering a short span of water. The Albert Street Bridge measure 850 feet long and it was built back in 1903. The Wascana Creek that lies below it is only a few feet wide. Furthermore, this creek is located near a manmade lake known as Wascana. The legislative building in Saskatchewan is found beside the lake.

2. Saskatchewan has more roads than any other province 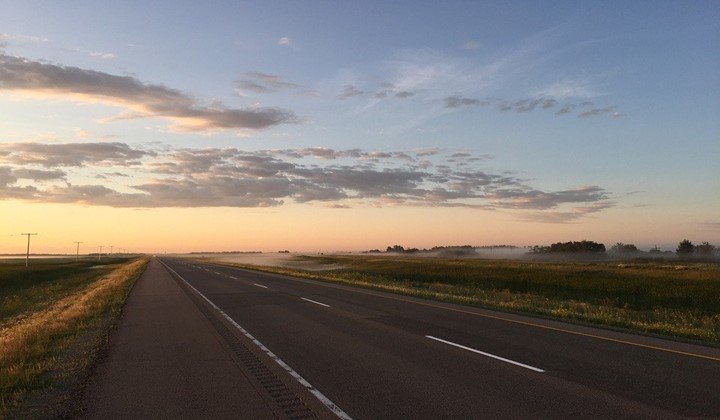 There is no other province that has more roads than Saskatchewan in Canada. It contains 26,000km of roads that cut across the breadth and length of the province. Furthermore, when all the roads are put together it makes an equivalent of 4 times the equator. The total road surface amounts to about 160,000 km. interestingly the current when the current ratio is compared to the population, you will see that there are more roads per person. The biggest ratio of road per person all of the other provinces.

Canada is known as the leading producer of Potash. It accounts for about 33% of the total production in the world. Furthermore, when potash from China, Belarus, China, and Canada are combined it amounts to 80%. The remaining 20% is produced by other countries. When you dig deep into the stats in Canada, you will realize that Saskatchewan produces most of the Potash. This mineral occurs naturally and it was formed many million years ago. It mainly forms after evaporation of a sea. Saskatchewan has about 10 potash producing mines. The province mines and ships the product to more than 40 overseas countries.

4. The province is built over multiculturalism

Saskatchewan is one of the provinces in Canada with great cultural diversity. Many languages are used here, for example, French, English, German, Tagalog, and Cree. Furthermore, there is also a big Filipino Community that is emerging in Saskatchewan. Early settlers and homesteaders back in the 19th and some parts 5 interesting facts about Saskatchewan of the 20th century survived by subsistence agricultural farming. Besides, there are numerous cultural and heritage attractions that showcase the diversity of this province. For example, Saskatchewan has about 200 cultural heritage museums.

Saskatchewan gets a fair share of storms on the flipside of sunshine. Such storms create a beautiful scene across the sky before they hit with force. Also, the province experiences tornadoes almost the same number as Oklahoma. However, some winter blizzards are harmful as they can cause conditions known as white-out on the roads.