Earthquake or tremor is when the earth’s surface shakes resulting to release of energy on the lithosphere of the earth that causes seismic waves. The seismicity of a place is the size, type, and frequency of earthquakes experienced for some time. They range from the weak size which cannot be felt too violent ones that put people and objects on the air. This destroys the whole area. Moreover, a tsunami is caused when a large earthquake is found on the offshore. Earthquakes can also lead to volcanic activity, nuclear tests, mine blasts, and landslides. Below are five interesting facts about earthquakes.

1. Moon and sun cause tremors

United States researchers have found that sun and moon are linked to minor tremors. Gravitation pulls these bodies and causes plates of the earth to move upwards and downwards. Also, studies show that the geological area is weak. Micro-earthquakes have a magnitude that ranges from 1.0 and cannot destroy violent ones. United States team linked tidal shifts affecting tremors hence causing such tremors. The team examined 81,000 less-frequency earthquakes.

2. Most earthquakes occur in “Ring of Fire”

Ring of fire also called circum-pacific belt is a trail found on the Pacific Ocean and it experiences earthquakes and volcanoes. It has a length of about 24, 900 miles. The path traces boundaries in the middle of tectonic plates like pacific, Cocos, North American, Philippine, Nazca, Juan de Fuca, and Nazca. Most earthquakes and volcanoes of the earth take place along “Ring of Fire”. It has around 75% of volcanoes found on earth. 90% of earthquakes, for example, violent seismic events take place along the path. This is caused by the level of the tectonic plate moving in the area.

3. Over 13 million people died from earthquakes 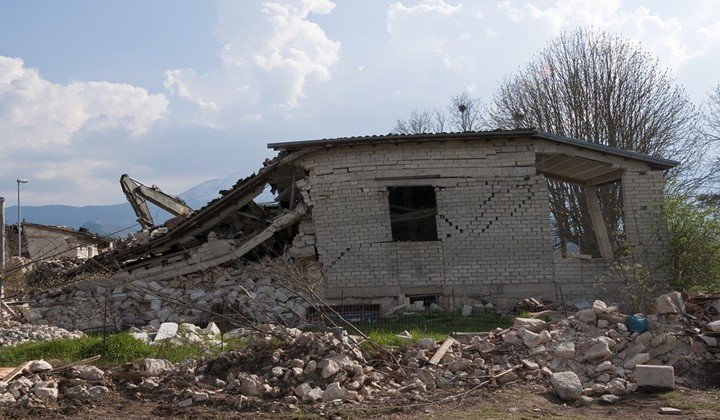 The number of death caused by natural disasters like earthquakes has reduced over the years. The word has recorded at least 13 million deaths from earthquakes. We cannot prevent the low frequency and events like tsunamis and earthquakes. They bring a big loss of human life and damage to properties. According to historical data, the world has reduced death from a natural disaster. This is because of the development of resilient infrastructure, response systems, and preparedness. The developing world is often at risk of experiencing disasters. The government needs to improve living standards to avoid disasters in the future.

4. The strongest earthquake had 9.5 magnitudes

Valdivia earthquake, the strongest earthquake ever recorded in history occurred in Valdivia, Chile during 1960. It was the most powerful with a magnitude of 9.5. It made two million people homeless. Also, it killed 1,655 and injured 3000 people. It took place in the afternoon and lasted for only 10 minutes while leaving behind massive destruction. Besides, the tremor triggered a tsunami which went across the Pacific Ocean. The waves ruined nearby communities like japan, New Zealand, Hawaii, and the Philippines.

5. Extraction of oil cause earthquakes

The cause of tremors is through operations of gas in wells and injecting wastewater. These injections cause stresses holding faults together to slip and bring earthquakes. Some states are now reducing the amount of wastewater taken underground. However, tremors will continue because of pressure changes induced inside the deep rock.