Mexico, now referred to as The United Mexican States, is found in the Southern region of North America. The capital city of Mexico is Mexico City, and the current president is Andres Manuel Lopez Obrador. The Mexican culture is precisely about mariachis, tequila, tacos, astonishing beach views, eye-catching sites, and other natural wonders. Below are other interesting facts about Mexico that you did not know.

1. Mexico is home to the world’s largest pyramid

The pyramid of Cholula in Mexico is the world’s largest pyramid. It has a height of 66m with a 400m base and a volume of over 4.5million m3. However, this eye-catching pyramid is less famous since it is hidden under a mountain.

2. People speak over 69 languages in Mexico

3. Mexico’s real name is not Mexico

Most people are unaware that Mexico’s real name is the United States of Mexico, also known as Estados Unidos Mexicanos. The country has 31 states, each with its own rules and regulations.

The first color image Television was created by Guillermo Gonzalez Camarena, a 23-year-old, in 1940. Guillermo comes from Guadalajara, Jalisco, in Mexico.

5. Chocolate’s origin is in Mexico

The Aztecs and the Mayans in Mexico were the first group of people in the world to plant cacao many years ago. They majorly used the cacao to make drinks and sold the beans as their source of income.

6. Mexico is the number one Coca-Cola consumer in the world

Every Mexican takes about 163 liters of Coca-Cola annually, according to Coca-Cola suppliers. It is also evidenced by the high number of overweight and diabetic people in Mexico. To reduce these health issues, the Mexican government introduced restrictions on high-fat and sugar content foods.

7. In Mexico, people are not allowed to throw toilet paper in the toilet

Like the other American countries, you are supposed to throw the used toilet paper in the bin in Mexico and not in the toilet. Mexican tourists have a hard time adjusting to this rule since most people are used to flushing toilet paper down the toilet.

8. Mexico is ranked the second city globally with a remarkable number of museums

Mexico is undoubtedly the second largest city globally in terms of museums after London. Museums such as The Metropolitan Cathedral, The Bella’s Artes, and others make Mexico an undisputed museum capital with an incredible taste of culture.

When the dinosaur-killing asteroid, which was the size of a mountain, slammed into Mexico’s Coast, The Yukatan Peninsular was doomed. The meteorite left behind a bare crater with approximately 600m.

One thing confuses many people in Mexico’s capital city. Before 2016, the actual capital of Mexico was Distrito Federal (DF), whose name was later changed to CDMX (Ciudad de Mexico). The fact that Mexico City and Distrito Federal lie in the same place confuses non- inhabitants and tourists.

Mexico City is built over the great Aztec city of Tenochtitlan; it is the oldest city in Northern America. Mexico City lies on top of lakes known as cenotes. These lakes make the underground so muddy that the city sinks almost 12cm annually. However beautiful, the cenotes are popular swimming and relaxing spots for tourists.

12. Mexican cuisine is the most embraced traditional food in the world

Mexican cuisine is officially a World’s Cultural Heritage as stated by UNESCO in 2010. Mexican foods are unique and are appreciated globally; they are an irreplaceable part of humanity. Cuisines such as tacos, enchiladas, tequila, and corns remind colonial times. Ingredients blended to make these traditional cuisines include; avocado, beans, and corn.

13. Mexico is the most visited tourist destination in America

The World Tourism Organizational Report ranked Mexico the first in America and the 10th in the world with the highest number of tourists annually. Mexico has lots of sites and breathtaking environments for tourists. According to UNESCO, Mexico is leading America in the World Cultural Heritage.

14. Mexico has the highest number of taxis globally

In Mexico, over 60,000 registered taxi rides mainly operate in the capital city. In addition, taxi prices in Mexico are low compared to those of the other countries in the world.

15. The Mexicans have a holiday to celebrate the dead

Before colonization, the Mexican government introduced a holiday, “Dia de Los Muertos,” to remember the departed souls. The holiday falls at the same time as the Halloween period.

16. The most significant inhabitants of Mexico City are from the USA 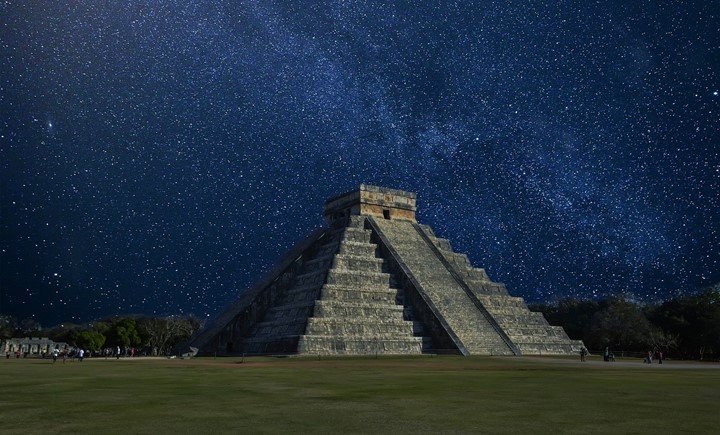 According to the census, as of 2010, over 750 000 USA citizens live in Mexico and form the most significant proportion of Mexico’s inhabitants. In short, many USA citizens immigrate to Mexico each year.

17. Mexico has introduced women-only subways and carriages in public transport

According to research conducted in Mexico, it turns out that women are constantly abused. They are currently introducing women-only buses and metros and creating special sections in the subway. To women’s advantage, Mexican men are gentle and kind. For instance, they can offer women their seats, open doors, and pay for everything.

18. The oldest university in North America is found in Mexico

The National University of Mexico (UNAM) is the oldest in North America; it was founded in 1551 by Charles from Spain. UNAM is 85 years older than Harvard University.

19. Mexico is not a third-world country

The geopolitical divisions, i.e., the first world, the second world, and the third world countries started after the cold war. If all the countries in the USA were to be ranked, Mexico would, of course, be on top. The country has plenty of modern hotels and executive restaurants.