Alberta is a Canadian Province that has an estimated population of over 4 million people. It comes in fourth place among the most populous provinces in Canada. Furthermore, it has an area of about 250,000 sq. mi (660,000 square kilometers) making it the 6th largest province. Initially, Alberta was one of the districts of the Northwest Territories together with its neighbor Saskatchewan. But, they were established as provinces back on September 1, 1905.

The capital of Alberta in Edmonton, which is also the second-largest city in this region. Besides, it is a governmental, educational and cultural Centre. Also, this province encompasses prairies, mountains, vast coniferous forests, and desert badlands. The list below contains 5 most interesting facts about Alberta.

Most interesting facts about Alberta

1. it’s illegal to have rats as pets in Alberta province

After unusual infestation of rats in the southeastern part of Alberta, the Agriculture Department has made efforts to keep them off. One such instance is rolling out a toll-free number which is 310-RATS (7287). This number allows people to report the sighting of the rodents with ease. Before the infestation in 2012 and 2014 the province prided itself as a rat-free zone for years. The situation is so serious that no one is allowed to even have pet rats. The main reason is that these rodents spread diseases fast and can be very destructive as well.

The first use of the phrase trick or treat was first used in Alberta Canada. This tradition has been around for so many years hence only a few people know when it was first used. Trick or treat phrase generally refers to when a person dresses up and knocks on a stranger’s door for snacks. The first documentation of trick or treating was in the late 20s in Blackie Ab. It was published on November 4, 1927, in a local Blackie newspaper how pranksters were demanding trick or treat at houses.

Did you know that the world’s longest beaver dam is found in AB Canada? It’s so long that it can be seen from space.
It measures a whopping length of 2,788 ft (850m) long. The da can be found far south of the wood buffalo park. Besides, this structure is more than the size of the hoover dam. A researcher by the name Jean Thie was the first person to discover it in 2007 as he was studying satellite photos. It was later confirmed by rangers from a helicopter back in 2010.

5. Home to the majestic Canadian Rockies 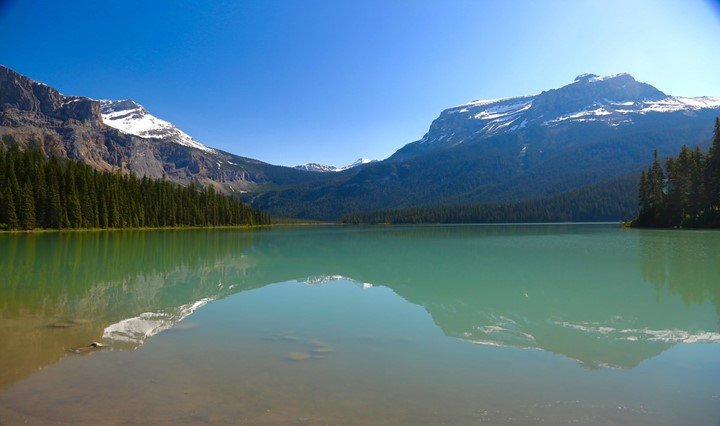